Route of the Princes d'Orange

To understand what the "Route of the Princes of Orange" is; one should learn about the Principality of Orange.It was a territory that depended on the Holy Roman Empire, (12th-14th century) as well as the rest of Provence at that time. This principality had its capital in the city of Orange (in the Vaucluse) and both were enclosed in the Comtat Venaissin.
Orpierre was a fief which depended on the family Mévouillon (before being sold by Galburge de Mévouillon), annexed for a time to Dauphine. The Dauphin sold his territory to Jean de Chalon, who became Lord of Orpierre and the grandson of Jean de Chalon, Baron d'Orpierre and Trescléoux, who married Marie des Baux, heiress of the Principality of Orange, that bound the destinies of Orpierre and Orange! The house of Les Baux, which provides Princes of Orange between 1115 and 1702, and whose descendants are now the House of Orange-Nassau, the reigning family of the Netherlands, came into possession of these two new fiefs. Orpierre came under the ownership of the Princes of Orange who used this route to travel from Orange to their stronghold of Orpierre. This 107-kilometer route linking the two territories took the name of Route des Princes d'Orange. 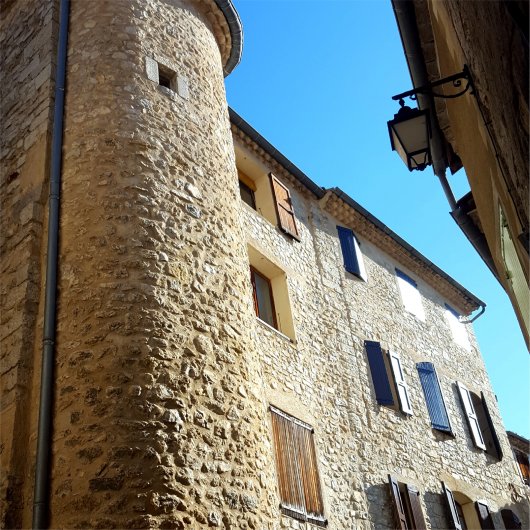 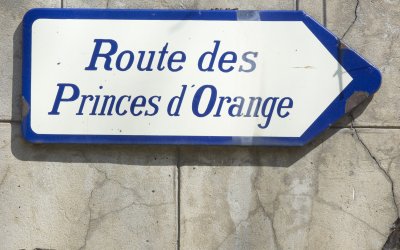 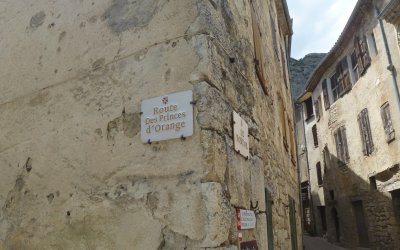 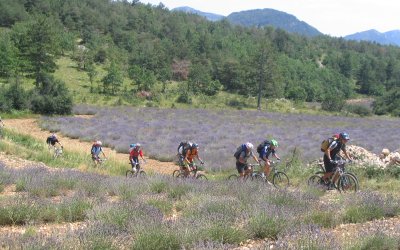 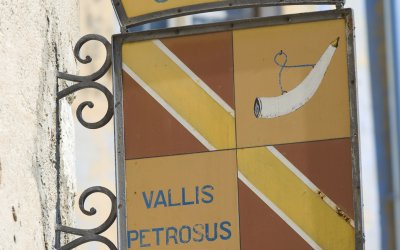 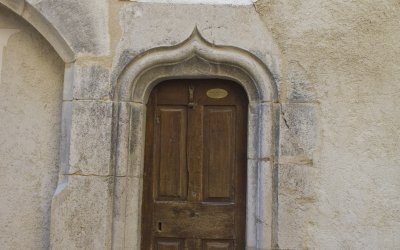 It was used a very long time because it was the main road connecting northern Italy, Dauphiné and Avignon, where the popes had settled in the 14th century, for more than 4 centuries by many pilgrims, merchants, and bankers who crossed through Montgenèvre to reach Italy. During the 15th century, the lock of Orpierre, obligatory gateway, has been secured by fortifications with three doors closing the enclosure, which allowed to shelter not only the "House of the Prince" but also the Grand Rue with its Renaissance houses, its Jewish quarter, the Boureynaud, seat of the banking place.
The most famous of these princes of Orange, William I of Nassau, allied in the 16th century, during the Wars of Religion, with the French Protestants when he took the lead of the uprising of the Great Netherlands (which included Holland, Belgium and a part of the North of France) against Philip II of Spain, who wanted to restrict the rights acquired by the old charters, to better fight Protestantism. The village of Orpierre during the 16th century resisted Richelieu then Louis XIV under the protection of the Princes of Orange. It was an isolated Protestant stronghold in the Dauphiné.
Later, the religion wars marked the beginning of its decline; the castles and fortifications that protected this road were dismantled by order of Richelieu around 1633.
Orpierre was sold back to France in 1713 under the Treaty of Utrecht.

Focus on...
A bike route

which will lead you on a varied route which follows the valley of the Céans. Enjoy a stop at the medieval village of Orpierre before tackling the curves of the St Jean Pass.

Today the enclosure of the city of Orpierre remains almost intact, even if houses were built on its site, it is still easy to spot: do not miss the guided tour to find out more!
The 107-kilometer road linking the city of Orange (Vaucluse) to the village of Orpierre (Hautes-Alpes) via Rasteau, Vaison-la-Romaine (Vaucluse) , Buis-les-Baronnies (Drôme), the pass of Perty (1302 meters) Laborel, the valley of the Céans, and the hamlet of Bégües, commune of Sainte Colombe. is named Route des Princes d'Orange.
It was inaugurated under this name on June 12, 1956, in the presence of the Baron van Boetzelaer van Oosterhout, ambassador of the Netherlands in France, and the prefect of Vaucluse for commemorating this long historical period. It is a popular tourist route that crosses the landscapes of Vaucluse, Drôme and Hautes-Alpes, between vineyards and lavender fields.

Raymond Chauvet tells in his "Roman of a Huguenot", the story of Suzanne Maigre, daughter of Protestant bourgeois , who had refused to abandon her religion and preferred to go into exile. She dragged 500 citizens of Orpierre to countries of northern Europe, Germany and Switzerland.