The Route Napoleon, was inaugurated in 1932. 328 km long, it is the route taken by the Emperor in March 1815. In order to reconquer France, he had to reach the capital, while decoying the surveillance of his enemies. His fantastic epic began in Portoferraio on the island of Elba; at Golfe Juan he disembarked, accompanied by 1.028 men, and continued on his way towards Grenoble. These 6 days of daring crossing were enough to make the Route Napoléon mythic! For more details: www.route-napoleon.com

The itinerary of the Route Napoleon

The route crosses 4 departments, 2 regions and 40 cities. A green road sign with the "Imperial Eagle " reminds you that you are on the Route Napoléon, as well as some commemorative plaque in Upaix, Malijai or Digne… Today the Route Napoléon attracts many visitors by car, bike, and motorcycle, on foot and even on horseback!
Its main part belongs to the actual road network, like the RN85, but a small portion remains still unknown because it was down untrodden paths; for example on the left bank of the Durance between Malijai and Sisteron via Volonne and another between Barrême and Digne-les-Bains. 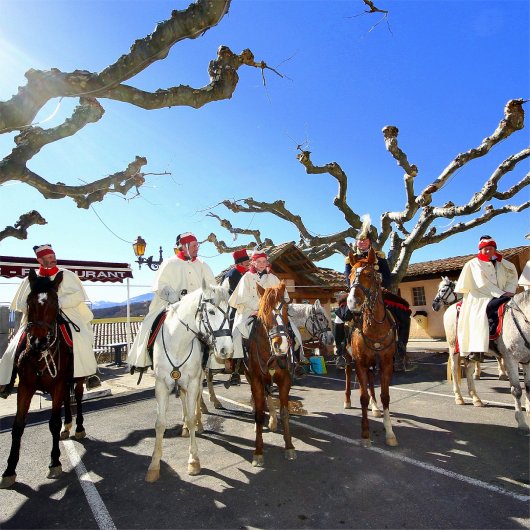 In St. Helena, Napoleon liked to remind his entourage of some significant episodes of his return from Elba and he did not hide how concerned he was during the first five days of this epic. These worries were amply justified, but where everything might really have been jeopardized was exactly before the Citadel of Sisteron: its site, fortifications, population and its royalist mayor... The possibilities of resistance in that place could easily have overcome the bold venture. On March 4, 1815 in the evening, upon his arrival in Malijai, Napoleon had sent Cambronne and a hundred horsemen on the road to the Alps. Their mission was to reach Sisteron with a forced march, and penetrate the town at all costs. Only at about 2 in the morning of the 5th could the Emperor recover his "Serenity" when a cavalryman back from Sisteron told him that the town had submitted, and any resistance stifled. Around 10 AM, Sisteron offered no defense to the Emperor "Soldiers, we are saved, we are in Paris!" He enters the town and went to the Hotel du Bras d'Or, in the Saunerie Street (souvenir plate). After a meal, because the population started to gather and to become nervous, Napoleon decided to quickly leave Sisteron, just three hours after entering.

To visit : The citadel reminds oneself of Napoleon's passage: horse-drawn vehicles museum, Imperial sites, museum of the epic of February 26 to March 20, 1815, sound point on the passage of the Emperor at the south terrace, marked visit with sound system. Open from April to November. www.citadelledesisteron.fr

Focus on...
The hikes of the Napoleon Route

- On foot, the 165 km long hiking trail (GR®406) linking Grasse to Sisteron
- On horseback, a 350 km course in the footsteps of L'Empereur, between Grasse and Vizille.

Map available at the Tourist Office.

Although located in the Hautes-Alpes, the following 4 villages still recall Provence by their colors and their scents. At the edge of the Durance, Le Poët, Upaix, Ventavon, and Monêtier-Allemont, are packed with an incredible cultural and natural heritage. The landscapes are breathtaking: beautiful apple orchards, huge fields of sunflowers... They embellish your discovery of the Napoleon Route.
Napoleon left Sisteron at 2 PM, relieved to see the Citadel behind him, and began the crossing of these four villages in the afternoon of March 5, 1815; his goal was to reach Gap before midnight.
Le Poët – hilltop village (580m)
Saint Pierre church and its bell tower of the 11th century are the centerpieces of this village, a beautiful contemporary sundial adorns its facade of Provencal architecture. A bench and a commemorative plaque in front of the village church, recall the passage of the Emperor, who would have sat here in front of the building of the bourgeois Amat Laplaine (whose building was destroyed to improve the circulation in 1941). The text on the plaque says: "The Emperor, after having just obtained the right of crossing between the narrow rocks at the confluence of the Durance and Buëch, felt the need to sit in the village of Poët where he was brought fruit and a glass of wine."
Upaix – hilltop village (720m)
One of the most beautiful hilltop villages with an orientation table that offers a panoramic view of the 120 summits of the Ecrins. The village is divided into hamlets including that of Rourebeau, where emerges the famous Route Napoléon. A commemorative roadside sign has been erected by the Castrum Association of Upayssio and recalls the passage of Napoleon. It takes up the story "Memorial of Events Affecting Our Family from the Revolution to 1827" written by the mayor of Upaix, César Flour de St Genis, a former officer under Bonaparte's orders during the Italian campaign. A cordial stop ... It was only when arriving at Upaix that the Emperor could perceive a rush of joy concerning his reconquest of the throne. "Having girded the red sash which my assistant brought me as a precaution, I went forward, followed by three or four thousand people moved by a poignant emotion. (...). I recognized the Great Captain riding a little white Arabian horse, dressed in the indispensable gray greatcoat and wearing the little hat. (...). I walked towards him, the crowd following me very close, and addressed him in a loud voice a few sentences (...) "to thank him and congratulate him in his initiative of reconquest. Napoleon replied: "I know the good spirit of the Dauphineers, I have been quiet since the time I made the first step on the territory of the Hautes-Alpes."

Anecdotes about the Route Napoleon

- Between Sisteron and Gap, farmers pulled out of their pocket some 5 franc coins with his effigy and shouted: “That’s him indeed” !

- In Volonne about 200 m next to old Roman road that goes towards Sisteron, there is on the roadside a curious inscription carved on a stone in Provencal: “EISHI LOU 5 DE MARS 1815 NAPOLEON 1ER P.P ” with the help of Mr. Marcel Provence we could get a translation : HERE on the 5th of MARS 1815 NAPOLEON P. This means that the Emperor after having eaten and drank, felt in this place an urge to go to satisfy natural needs, common to great men as well as to others!

Ventavon – hilltop village (678m)
Panoramic view over the Napoleon Route. Church of the 12th century and private castle of the 13th century, within its fortifications. The bell tower of the church and the Belfry are illuminated at night! Between Upaix and Ventavon, we can still see the Beynon Bridge (1777) where Napoleon crossed, below the current bridge, do not hesitate to go down to see it. Some report that Napoleon tried to destroy it, but it did not move an inch. The reaction of the Emperor was not long in coming, facing such strength, he addressed directly to the bridge: "I would believe you are made of solid gold".
Monêtier-Allemont
The village was built on a former Gallo-Roman site. Discover the ancient castle, the church and a contemporary sundial. The village is surrounded by orchards: do not leave without tasting the Red Label golden-apple, the apple of the Alps with its sweet taste! Napoleon went direction Monêtier-Allemont to join Gap. He stopped at the Auberge du Vivas to change the horses and warmed himself by the fire, before leaving at dusk.