The very Provencal village of Rosans

At the heart of the Regional Natural Park of the Baronnies Provençal, at the gates of the Drôme Provençale, the small village of Rosans offers you unspoiled nature with all the ingredients of the South but in the Hautes-Alpes!

Provençal by its nature

The landscapes of the Rosans area vary with the seasons and the blossoming flowers. The arid lands, conducive to aromatic plants, are alternately colored according to the blossoms of broom, thyme, lavender or rosemary. The small blue marled hills are in perfect harmony with the warm colours of these lands bathed in sun. Take a good look around at these bright landscapes under deep blue skies. Breathe deeply; the air here is as pure as the sky!
On the road between Nyons and Serres, the fortified village of Rosans, is like a jewel placed on a green setting. The ocher facades, the sunny colors of the “canal” tiles, and an astonishing Square Tower invite you for a thorough visit. While strolling in Rosans rediscover all the charm of the medieval villages: paved alleys, covered passages, religious buildings, fountains and wash-houses, beautiful residences and finely crafted doors. 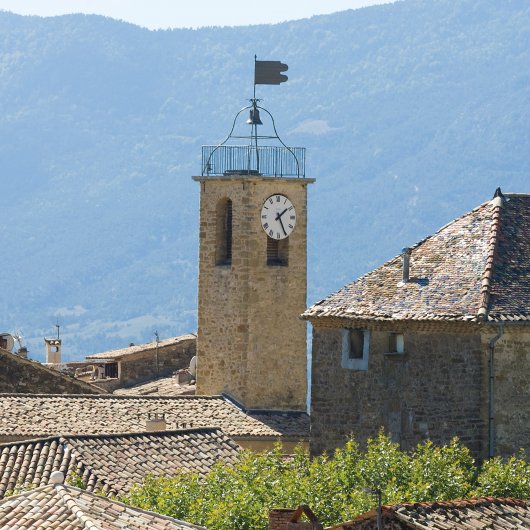 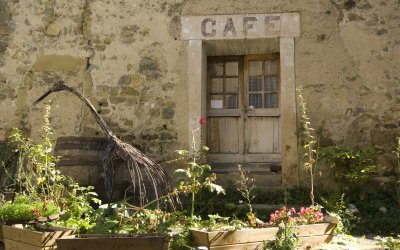 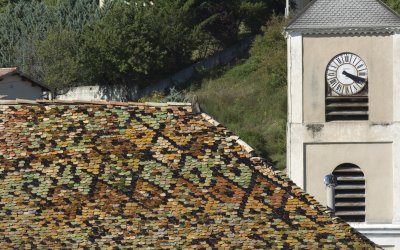 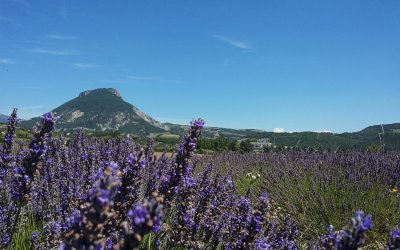 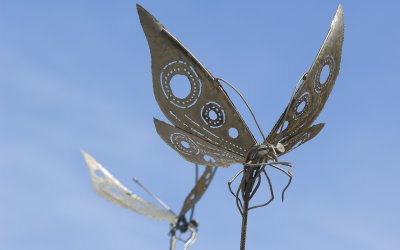 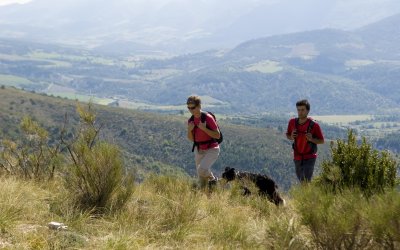 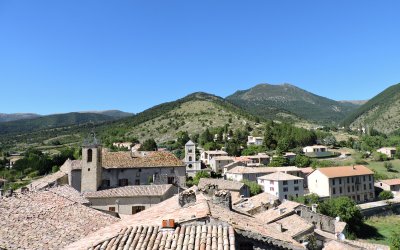 The old fortified village, comprised of a castle consisting of two square towers, of which one currently still exists. History can be read in the architecture of the village, between feudal conflicts and religious wars, it still bears the testimony to these successive conflicts. The name Rosans comes from Rose, named after the favorite flower of one of the Saracen chiefs who occupied the region for half a century.The Chemin des Roses allows you to discover the village's stories along the streets bordered by hollyhocks!
The village is dominated by its square tower, wrongly called "Saracen Tower" dating in reality from the 18th century and or remarkable architecture. It is built with huge diamond shape carved stones. It is registered on the list of Historic Monuments.
Several doors connect to the medieval fortified village; the location of the portcullis on the main door is still noticeable. Right by it, the Lesdiguières castle, ownership of the companion of Henry IV, and last Constable of France, opens on the upper square of the village.
It is also possible to follow the covered wall-walk that remains intact. Along the steep streets, you will be charmed by a multitude of historical treasures: door frames, old stalls with intact signs, wash houses, fountains and carved doors...
The Saint-Arey Church, like many other buildings, was destroyed then rebuilt and improved, finally in 1714 decorated with a magnificent bell tower. The life of the village is always punctuated by the pleasant sound of its bells resonating in the Baronnies!
The Protestant Temple, octagonal shaped, now hosts the Town Hall outside the walls, where the village continues to expand.
Guided tours "history and heritage" are available every day in summer, on request at the ecomuseum (and the rest of the year at 04 92 66 60 14). Finish the visit on the square, near the fountain and sip a lime-lemonade ... to taste even more of the flavours of a stay in Provence!

FOCUS ON...
The Risou mountain

It's the sentinel of the Rosans area! A short circuit, round trip, allows you to reach its summit. The trail is steep, but the view rewards the effort! A few days a year, the light crosses the mountain through a hole in the rock.

The Maghreb in the spotlight. In February 1964, in the context of the end of the Algerian war and under the leadership of Rosans Mayor Raymond Hugues, the village hosts 28 Harkis families. The Ecomuseum Terres du Sud was born from this heritage, homage to the cultural encounter between Maghreb and the Baronnies. The eco-museum also invites you to explore lavender in all its forms. Workshops around the little blue flower are organized for children.

They only look like eggs... they are actually sandstone balls, embedded in a vast sandstone bench, in the middle of thyme and heather, which offer the onlookers an original spectacle in a quasi-moon landscape... Access by la Beaume, 2km from St-André de Rosans. Please respect this site which is private, and do not collect anything in the area, so that the next visitors can also enjoy it.

From the Rosans Square Tower, admire the lavender fields on the borders of the Baronnies. During the two summer months artists, craftsmen and farmers of the area exhibit their know-how in the Square Tower, one of the historical monuments of the village. There is a panoramic terrace with orientation table at the top of the tower. Come to admire their creations, works of art and local produce. In July and August, the exhibition is open daily (except Monday morning) from 10AM to noon and from 4 PM to 7 PM.