The valley of the Ceans

Welcome to the mysterious valley of the Ceans on the Route of the Orange Princes that also belongs to the lavender routes!

Here the mountains are oriented south, the climate becomes Mediterranean, sunny and bright but tempered by the altitude, (between 600 and 1500m)... The mountains of the baronies are best discovered from the top of the ridges: large spaces of virgin nature with an open landscape as far as the eye can see!

In the valleys, many hosts welcome you in charming little villages and... Already in February, the days get longer, the snow and the cold decrease; the heat of the sun warms the south facing slopes ... and already allows the first climbs for the most avid of sun. 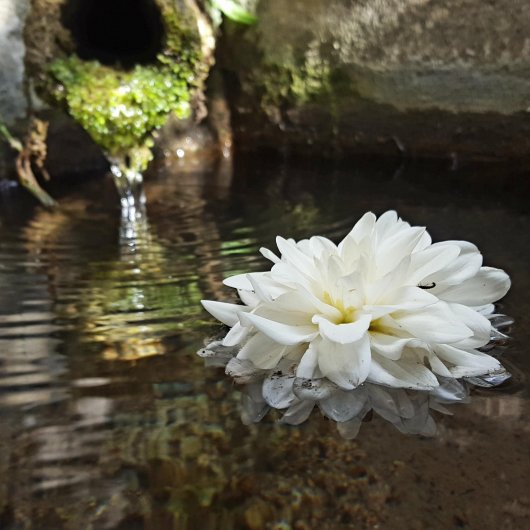 The blue gold of Laborel

Hotspot for the cultivation of blue lavender and lavandin. In summer, the still distills along this village of Drôme Provençale and spreads the heady scent of lavender flowers. You are on one of the most beautiful roads of Lavender, where several lavender farmers, honey and cheese producers are located and await you. Very beautiful hikes towards the ridges of Chamouse (1531 m) which offer a fabulous 360 ° panorama on the Ventoux, the Montagne de Lure, the Dévoluy and the Ecrins chain.

Invisible from the road, the village is backed onto a rocky spur, at the foot of the ridges of the Montagne de Chabre. Here was born Baron Albin de Chevalet, author, in 1850 of "The origin and the formation of the French language"... but the sundial, on the wall of the church, is written in Occitan! Archaeological excavations have unveiled significant traces of prehistoric habitat... Explore the forest of Beynaves, an area suitable for everyone (accessible to strollers and people with reduced mobility). You’ll discover an exceptional and unspoiled forest estate as well as the "butterfly clearing".

The medieval city of Orpierre, stronghold of the Orange Princes

Ancient city of Baronnies, stronghold of the Princes of Orange it was an Important stage on the Spain - Italy imperial road, and linking Avignon and Rome, a transit route for pilgrims, soldiers and merchants between the Plain of the Po and the Avignon Papacy... Coiled in a curve of the Céans valley, leaning against the Quiquillon ( 1025 m above sea level), fortified since the 13th century, refuge for a large amount of Protestants who built the Bourgade district, the village has kept its medieval aspect with its Grand'rue, along its paved "drailles" (drover’s roads), narrow alleys, and covered passages... Unfortunately, the revocation of the Edict of Nantes, in 1685 sounded the decline of the city, with the departure of most notables and Protestant intellectuals. Historic village with beautiful stately homes from the 16th century, with carved lintels, Renaissance doors, and the old Prince's house "who sometimes spoke of his small town of Orpierre" tells us the Baron Ladoucette in the 19th century...

This village in Drôme Provençale, on the Col du Reychasset road with an underground glacier, near the Serpentine River offers a real taste of paradise, in the heart of the lavender fields! Ewes and goats keep the landscape open for hiking, for the pleasure of the eyes and for tickling your taste buds... which will be satisfied by the tasting of artisan cheese.

Perched on a south facing slope, Etoile dominates the entire valley and offers a wide view on the surrounding mountains. The road ends here and brings a feeling of "end of the world" accompanied by strong light and murmur of the fountain... On the opposite side, Saint-Cyrice, is an abandoned village where only remains the Romanesque chapel of the 12th century, (Historic Monument) that witnesses an old priory.

The hilltop village of Lagrand

Perched on a hill, this superb site is a former Gallic oppidum; Lagrand owes its notoriety to its medieval priory. The 12th century Church of the Nativity of Notre-Dame, listed as a Historic Monument, remains the last piece of this priory founded around the year 1000. From the heart of the village, at the confluence of three rivers, the view over the Buëch valley and the Saint-Genis cliff range is remarkable. It offers sunny pebble paths, a town hall which is a 17th century private mansion, Renaissance windows, engraved lintels, arched houses0... Located at a strategic point in the Southern Alps, at the crossroads of old ways, Lagrand was an essential landmark for pilgrims and merchants. Located in an ancient farm, the ecomuseum will tell you, yesteryear stories...  For over seven centuries, the "Turkey Fair" traditional and typical, is held every year in anticipation of Christmas, on the plateau, on September 9th and brings together a large crowd.

The charming tiered village of Saléon overlooks the blue waters of the Buëch River... and owes its name to a salt fountain that flows underneath... During the Middle Ages the village was one of the strongholds of the barons of Mévouillon. The agricultural lands of the valley are covered with lavender fields and famous fruit orchards.